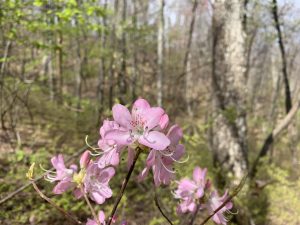 Development happens every single day; roads expand and widen, farmlands slowly grow into subdivisions, pinewoods become parking lots. Mitigation helps prevent the ecological losses these development projects will cause and has long-term beneficial outcomes of permanent landscape protection and ecosystem uplift. Don’t get us wrong: there’s no substitute for simply avoiding impacts to streams and wetlands, and even the decades of scientific research and monitoring that have gone into the field of restoration can’t truly tell us how well our “restored” ecosystems perform compared to those that were never disturbed. However, Mitigation presents the opportunity to offset the inevitable. 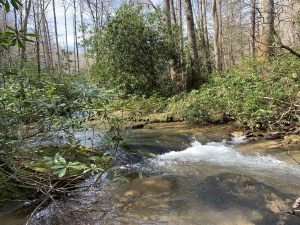 In a historic effort to preserve the health and function of our nation’s critical water resources, the US government passed the Clean Water Act of 1972, which mandated that there would be “no net loss” of water resources across the US due to development. It requires that, prior to commencement of any earthwork, governments and private industries who enact land development that leads to unavoidable impacts to streams and wetlands must offset (“mitigate”) those impacts within the same watershed where they’re planned.

How does it work?

In their pursuit of required permits, land developers submit plans for review and approval to the US Army Corps of Engineers and State Environmental Quality agencies who are charged with ensuring that impacts to water resources are avoided and minimized; those impacts that cannot be avoided must be offset via mitigation. To resolve the required mitigation, impactors can try and restore other water resources onsite, but that can be challenging, time-consuming, and cost-prohibitive; more often developers seek to purchase mitigation credits from an offsite location where streams and wetlands have been functionally restored and placed into easements that prevent future impacts. 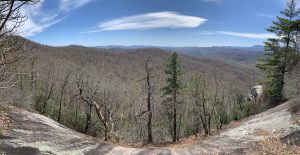 These offsite locations are known as “mitigation banks”. No, they aren’t banks in the traditional sense, brick-and-mortar buildings with vaults full of money – rather, these are sites where degraded streams and wetlands have been restored creating mitigation credits, Stream Mitigation Units (SMUs) and Wetland Mitigation Units (WMUs), that can then be sold to impactors to satisfy their mitigation requirement. However, a very small minority of these banks are designed to generate credits by preserving streams that are already in pristine condition, and that’s where our bank comes into play.

How are we involved? 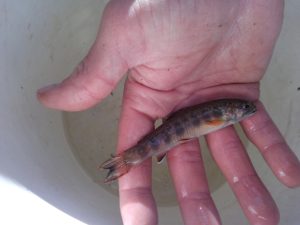 In our pursuit of watershed-scale preservation, we chose to take it further than any other mitigation provider in the state, locking in protection of the entire watershed all the way up to the ridgeline – instead of the required minimum 300-foot buffers on the streams, on average ours exceed 600. The permanent easement protecting the project is nearly 700 acres and contained within those extensive upland buffers are several species of rare plants, old growth forest remnants, remnants of historic moonshine stills, and much more.
In total, the nearly seven miles of pristine streams preserved by the project represent close to 7,000 SMUs that are available to offset resource impacts within the French Broad River watershed. 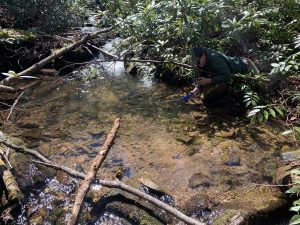 Via our Tarkiln Branch Mitigation Bank Site, impactors from Hot Springs to Brevard will be able to know that their offsets are part of a larger, broadly impactful conservation project that permanently protects clean, fresh water for communities and preserves rare and important Southern Appalachian biodiversity.
CLICK HERE TO LEARN MORE .